Who is the true mastermind? 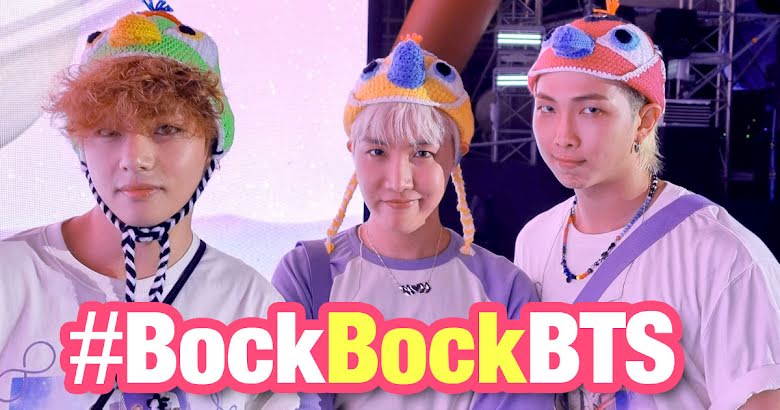 If you woke up today to find chickens flapping all over your timeline, you’re not alone!

A new trending hashtag, #BockBockBTS, is taking over Twitter one clucky caption at a time. Some ARMYs are in on the joke, while others are wondering what is happening and who is responsible for this nonsense. 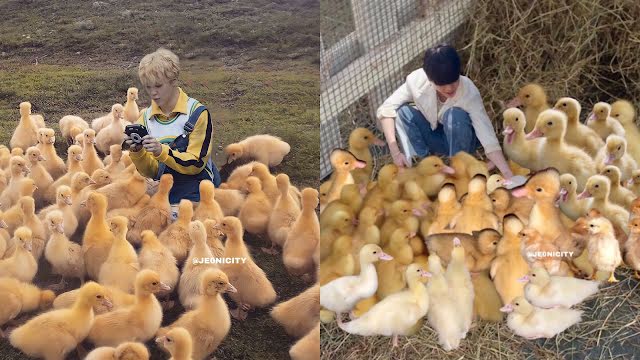 The hashtag #BockBockBTS took off after RM shared a set of concert photos from PERMISSION TO DANCE ON STAGE – LAS VEGAS on Instagram.

RM captioned the post with two chicken emojis, but is he to blame for ARMYs flying the coop?

After seeing the hashtag and all its memes, some fans thought @bock_twt, a parody BTS x Chickens account for BTS, might be the true mastermind…

I want to prank BTS by trending a chicken hashtag. Help me do that.

Technically, we're also pranking the rest of ARMY, too. So there's that. #BockBockBTS

What an egg-cellent idea! Check out more #BockBockBTS tweets, and have fun writing your own!

Not Armys today decided to correlate bangtan to chicken 🐔🤣 so let me bring this video of jungkook imitates a chicken.#BockBockBTS @BTS_twtpic.twitter.com/c8EzUhmHf2

She was the main event! 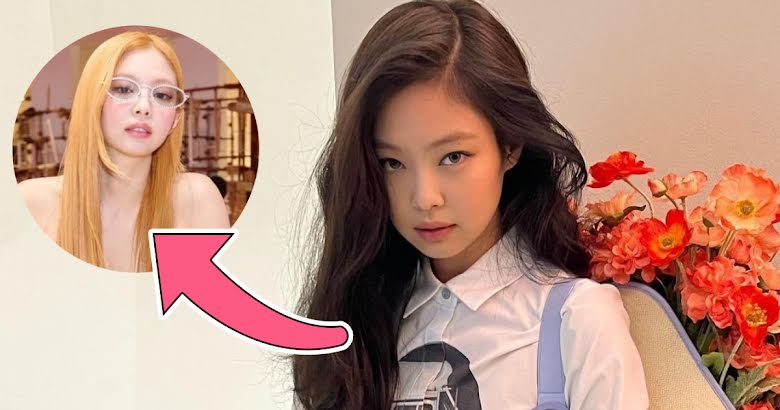 It seems that no matter where BLACKPINK‘s Jennie goes, she manages to take over the internet and headlines with her IRL visuals. Whether she is on stage performing, attending a schedule, or just sharing pictures on Instagram, netizens are always in awe of her beauty. 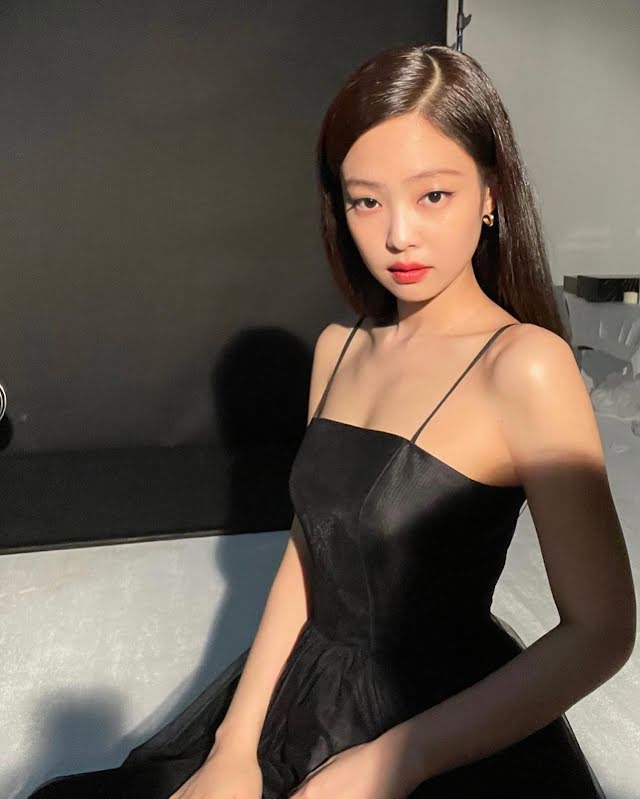 Jennie was recently spotted at Incheon airport as she traveled to LA. Even at the airport, the idol captured the hearts of BLINKs with her fashion, elegance, and brand new hair. 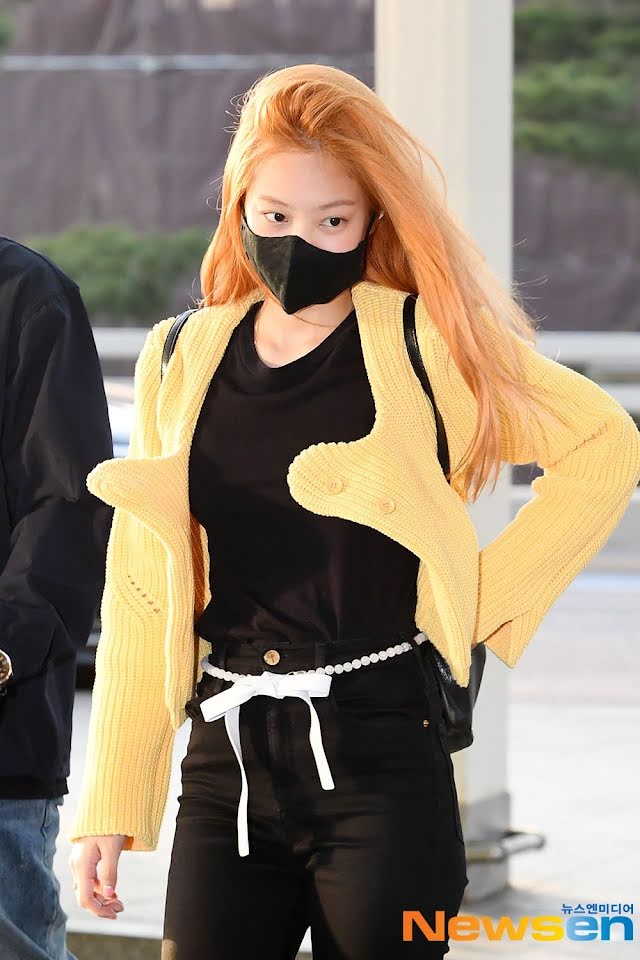 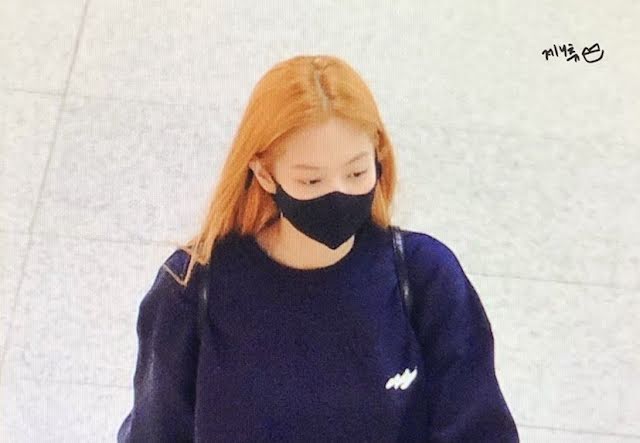 Well, it seems like one of the reasons for the idol’s travel plans was all because of Jentle Garden. In 2021, it was revealed that Jennie would be collaborating with the Korean eyewear brand Gentle Monster for the second time in her career, and it has definitely taken over. 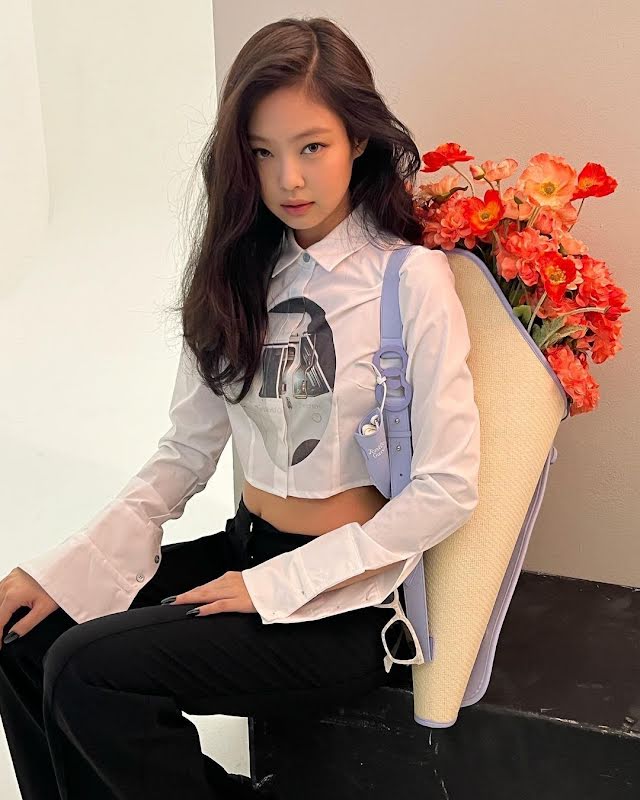 Even before official shots were released, netizens couldn’t get over Jennie’s visuals as they gave a sneak peek of the idol on what looked like a red carpet. With her bright orange hair and minimalistic black dress, the idol was already being praised for her visuals.

Yet, if that was enough to send the internet into meltdown, the most recent images definitely did. In the first photo, Jennie shined on the red carpet wearing a little black dress and wrapped heels. Although the outfit was minimalistic, Jennie’s visuals were enough to steal the show. If that wasn’t enough, when Jennie was inside the store, she sported a pair of glasses with what looked like diamantes encrusted around them, and Jennie designed them. The glasses were called “Lesyeuxdenini,” and it was named after Jennie’s old Instagram account.

Teamed with the black dress, Jennie combined style, sophistication, and personality with her look. 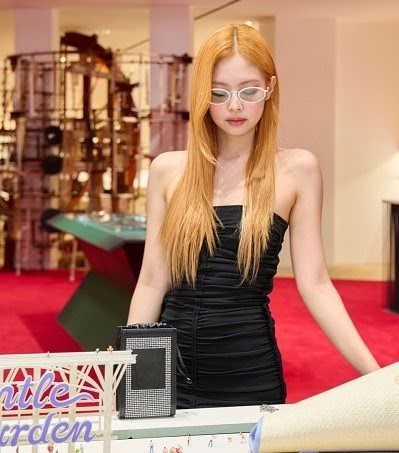 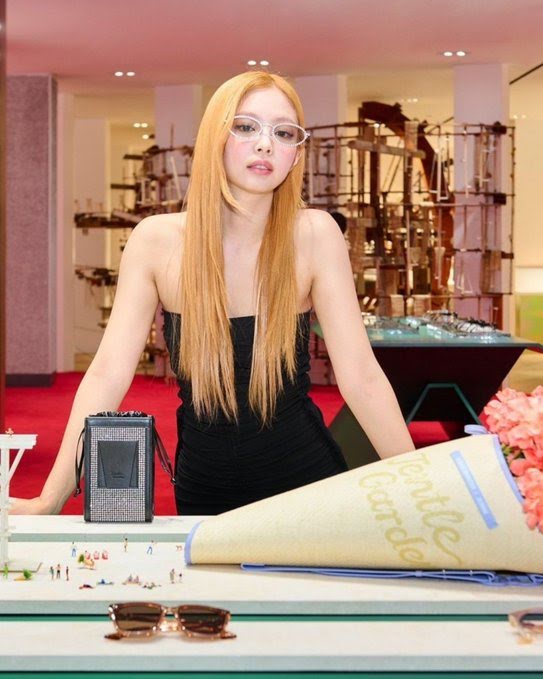 If that wasn’t enough, as Jennie explained the inspiration behind the glasses in a video, the idol looked absolutely breathtaking and embodied the elegance and grace of the brand.

When the images were shared, netizens couldn’t help sharing their love for the idol and her visuals. As expected, Jennie became the main event and her beauty and grace were undeniable.

jennie is on another level, no one can reach her pic.twitter.com/7snZi7qhxs

Although it is not confirmed how long Jennie will be in LA, she will undoubtedly steal the show wherever she goes and will gain the attention for her personality, charisma, and visuals.